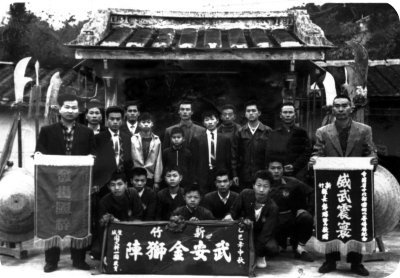 The White Crane fighting style is a short range fighting style. The practitioner sticks to his opponents upper limbs, restricting their ability to strike; always looking for an openings to unleash their deadly fists!

Our Master Yang started his Kung fu training at the age of fifteen under the Shaolin White Crane Master Cheng Gin-Gsao (Pictured here.) 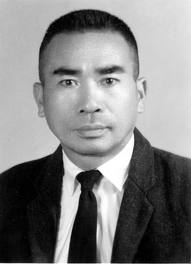 Master Cheng lived like a hermit on Gu Qi Feng mountain in Master Yang’s hometown and when Yang finished school he would make the journey up the mountain to learn Kung Fu. Master Cheng originally learnt Taizuquan from his grandfather when he was a child and at the age of fifteen he learnt White Crane from Master Jin Shao-Feng whom he followed for twenty three years until Master Jin’s death.

So what is the origin of the White Crane Fighting Style? It is written in the book ‘Historical Record of the Shaolin Temple’ that during the Song Dynasty (960-1278 A.D) a shaolin monk named Qiu Yue Chan Shi compiled the techniques of the five shape fist and wrote a book ‘The Essence of the Five Shape Fists’. The five fist shapes are made up of the following animals: Dragon, Tiger, Panther, Snake & Crane. The essence of the crane’s key training points are translated as follows:

‘Condense the essence (Jing) & concentrate the spirit. Soothe the arms and transport the energy (Qi.) The actions should be neither too slow nor too urgent; it is appropriate to choose the proper speed.

Master Yang has the following thoughts on this translation: ‘Jing is the essence of our body and is the most essential and refined part of our life. It is believed that the White Crane has longevity because it knows how to conserve and protect its essence. When this essence is conserved, the spirit of vitality can then be raised. When you move, the arms should be comfortable and opened, which allows the Qi to circulate smoothly. All the actions in the movement should coordinate with the timing and strategies. When it is necessary to be slow, then be slow, and when it is necessary to be fast, be fast’.